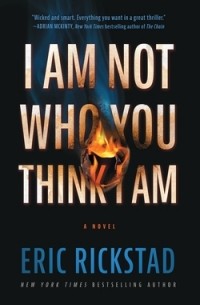 I Am Not Who You Think I Am

Wayland Maynard is just eight years old when he sees his father kill himself, finds a note that reads I am not who you think I am, and is left reeling with grief and shock. Who was his father if not the loving man Wayland knew? Terrified, Wayland keeps the note a secret, but his reasons for being afraid are just beginning.

Eight years later, Wayland makes a shocking discovery and becomes certain the note is the key to unlocking a past his mother and others in his town want to keep buried.

With the help of two friends, Wayland searches for the truth. Together they uncover strange…
Развернуть