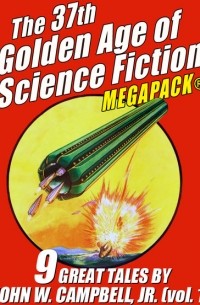 0
Издания и произведения
John Wood Campbell, Jr. (1910–1971) was an American science fiction writer and editor. As editor of Astounding Science Fiction (later renamed Analog Science Fiction and Fact) from late 1937 until his death, he is generally credited with shaping the Golden Age of Science Fiction. Isaac Asimov called Campbell «the most powerful force in science fiction ever, and for the first ten years of his editorship he dominated the field completely.» Included in this volume are ten of his classic novels and stories: WHEN THE ATOMS FAILED
THE METAL HORDE
PIRACY PREFERRED
SOLARITE
THE BLACK STAR PASSES
ISLANDS OF SPACE
INVADERS FROM THE…
Развернуть