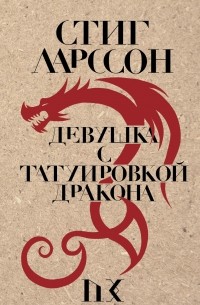 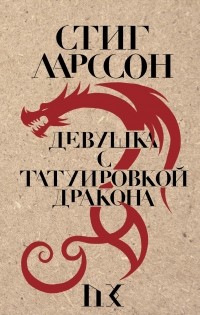 In December 2002, Mikael Blomkvist, publisher of the Swedish political magazine Millennium, loses a libel case involving allegations about billionaire industrialist Hans-Erik Wennerström. He is sentenced to three months in prison, and ordered to pay hefty damages and costs. Soon afterwards, he is invited to meet Henrik Vanger, the retired CEO of the Vanger Corporation, unaware that Vanger has checked into his personal and professional history; the investigation of Blomkvist's circumstances has been carried out by Lisbeth Salander, a brilliant but deeply troubled young woman who works as a surveillance agent with Milton Security.
Vanger promises Blomkvist considerable financial reward and solid evidence against Wennerström, in exchange for writing the Vanger family history. Vanger believes that his great-niece Harriet, who disappeared 36 years earlier, was murdered by a member of the family. He has been trying to find out what happened to her ever since. Harriet disappeared during a family gathering at the Vanger estate on Hedeby Island, when the island was temporarily cut off from the mainland by a traffic accident. Blomkvist moves to the island and begins his research into the history of the Vanger family and Harriet's disappearance.
Lisbeth Salander is under the care of a legal guardian, Holger Palmgren, the only person she trusts. When he suffers a stroke, he is replaced by lawyer Nils Bjurman, who takes advantage of his position to sexually abuse her. After using a hidden camera to record Bjurman raping her, she takes her revenge, torturing him and threatening to ruin him unless he gives her full control of her life and finances. She also brands him with a tattoo identifying him as a rapist to make sure he never harms anyone again.
While searching through the evidence, Blomkvist decides that he needs a research assistant, and Vanger's lawyer mentions Salander. When he sees the report she prepared for Vanger, Blomkvist realises that Salander has hacked into his computer. Salander agrees to assist in the investigation, and eventually becomes his lover. Blomkvist and Salander soon realise that they are on the trail of a serial killer who has been preying on women for decades. When looking through old photographs, Blomkvist realises that they contain a clue to the murderer's identity.
After an unseen assailant tries to kill him, Blomkvist becomes suspicious of Harriet's brother, Martin, and goes to his house. Martin has expected him, however, and takes him prisoner. Martin reveals that he was "initiated" as a teenager into rape and murder by his late father, Gottfried, who had also molested him. Martin brags about murdering dozens of women, but denies killing his sister. Martin tries to kill Blomkvist, but Salander arrives just in time and saves Blomkvist's life. Martin flees in his car, and commits suicide by driving head-on into a truck.
By following a trail that leads first to Cecilia's sister Anita, who now lives in London, Blomkvist and Salander find out that Harriet is still alive and living in Australia. Blomkvist flies there and meets Harriet, who tells him that her father had repeatedly raped her until she killed him in self-defense; Martin saw her do it, and began sexually abusing her until he was sent away to boarding school. She saw him on the day of the accident that occurred on the bridge to Hedeby Island, and asked Anita to smuggle her out of Sweden in order to get away from him.
Blomkvist persuades Harriet to return to Sweden, where she reunites with her uncle, who makes plans for her to take the position of CEO of the Vanger Corporation. Blomkvist accompanies Salander at the funeral of her mother, who has just died. Salander also tells him that, as a child, she had tried to kill her father by setting him on fire.
Henrik Vanger gives Blomkvist the promised evidence against Wennerström, which turns out to be useless. However, Salander has already hacked Wennerström's computer and has discovered that his crimes go far beyond what Blomkvist documented. Using her evidence, Blomkvist prints an exposé and book which ruins Wennerström and catapults Millennium to national prominence. Meanwhile, Salander steals more than 2.4 billion Euros from Wennerström's secret bank account.
Blomkvist and Salander spend Christmas together in his holiday retreat, and Salander admits to herself that she is in love. She goes to Blomkvist's house with a present for him, but retreats on seeing Blomkvist with his longtime lover and business partner, Erika Berger. Heartbroken, she throws the gift into a skip and leaves the country.
As a postscript, Salander continues to monitor Wennerström, and after six months anonymously informs a lawyer in Miami of his whereabouts. He is found in Marbella, dead, shot three times in the head.

The novel was released to great acclaim in Sweden and later, on its publication in many other European countries. In the original language, it won Sweden's Glass Key Award in 2006 for best crime novel of the year. It also won the 2008 Boeke Prize, and in 2009 the Galaxy British Book Awards for Books Direct Crime Thriller of the Year, and the prestigious Anthony Award for Best First Novel.
Larsson was posthumously awarded the ITV3 Crime Thriller Award for International Author of the Year in 2008.
The novel received mixed reviews from American critics. In a review for The New York Times upon the book's September 2008 publication in the United States, Alex Berenson wrote, "The novel offers a thoroughly ugly view of human nature"; while it "opens with an intriguing mystery" and the "middle section of Girl is a treat, the rest of the novel doesn't quite measure up. The book's original Swedish title was Men Who Hate Women, a label that just about captures the subtlety of the novel's sexual politics." The Los Angeles Times said "the book takes off, in the fourth chapter: From there, it becomes classic parlor crime fiction with many modern twists....The writing is not beautiful, clipped at times (though that could be the translation by Reg Keeland) and with a few too many falsely dramatic endings to sections or chapters. But it is a compelling, well-woven tale that succeeds in transporting the reader to rural Sweden for a good crime story." Several months later, Matt Selman said the book "rings false with piles of easy super-victories and far-fetched one-in-a-million clue-findings."
As of June 3, 2011, The Girl with the Dragon Tattoo had sold over 3.4 million copies in hardcover or ebook formats, and 15 million copies altogether, in the United States.

The Swedish film production company Yellow Bird created film versions of the Millennium Trilogy, all released in 2009, beginning with The Girl with the Dragon Tattoo, directed by Danish filmmaker Niels Arden Oplev. The protagonists were played by Michael Nyqvist and Noomi Rapace.

A Hollywood adaptation of the book, directed by David Fincher, was released in December 2011. The main characters were portrayed by Daniel Craig and Rooney Mara.