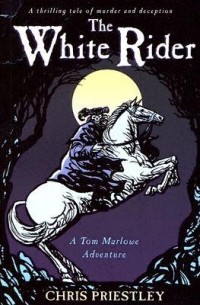 0
Издания и произведения
Another gripping historical murder mystery – the thrilling sequel to Death and the Arrow.

London, 1716: The streets are full of spies and buzzing with intrigue. Jacobite rebels are being rounded up and hanged at Tower Hill, and on the outskirts of London, a mysterious Highwayman stalks the roads, a robber so fierce that he kills his victims simply by pointing at them!

Tom Marlowe, caught in the fascinating heat of events is resolved to get to the bottom of them, with the help of his mentor, Dr Harker, and discover who is behind the White Rider’s gruesome mask. But Dr Harker seems to be keeping secrets of his own. Who is the stranger…
Развернуть