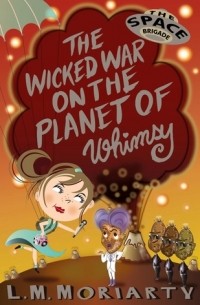 The Wicked War on the Planet of Whimsy

2 планируют
0
Издания и произведения
It’s past midnight when Nicola Berry receives an urgent phone call. Her friend Shimlara from the Planet of Globagaskar has terrible news. Her mother, father and little brother Squid have been kidnapped.
They are being held captive on the beautiful planet of Whimsy by scaly invaders from nearby Volcomania. Now the Space Brigade must go undercover as an Earthling news crew in a daring mission that will test their courage and their imaginations. Can they rescue Shimlara’s family before this wicked war is won?

The Wicked War on the Planet of Whimsy — Liane Moriarty, роман