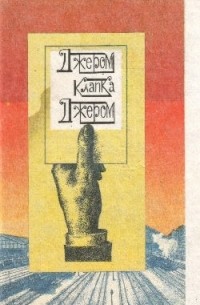 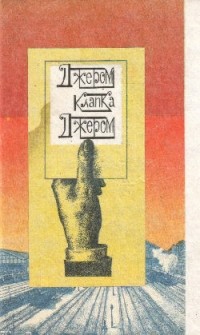 Three Men in a Boat (To Say Nothing of the Dog),[Note 1] published in 1889, is a humorous account by Jerome K. Jerome of a boating holiday on the Thames between Kingston and Oxford.

The book was initially intended to be a serious travel guide, with accounts of local history along the route, but the humorous elements took over to the point where the serious and somewhat sentimental passages seem a distraction to the comic novel. One of the most praised things about Three Men in a Boat is how undated it appears to modern readers — the jokes seem fresh and witty even today.

The three men are based on Jerome himself (the narrator J.) and two real-life friends, George Wingrave (who went on to become a senior manager in Barclays Bank) and Carl Hentschel (the founder of a London printing business, called Harris in the book), with whom he often took boating trips. The dog, Montmorency, is entirely fictional but, "as Jerome admits, developed out of that area of inner consciousness which, in all Englishmen, contains an element of the dog." The trip is a typical boating holiday of the time in a Thames camping skiff. This was just after commercial boat traffic on the Upper Thames had died out, replaced by the 1880s craze for boating as a leisure activity.

Because of the overwhelming success of Three Men in a Boat, Jerome later published a sequel, about a cycling tour in Germany, entitled Three Men on the Bummel.

A similar book was published seven years before Jerome's work, entitled Three in Norway (by two of them) by J. A. Lees and W. J. Clutterbuck. It tells of three men on an expedition into the wild Jotunheimen in Norway.

Yet the book sold in huge numbers. "I pay Jerome so much in royalties," the publisher told a friend, "I cannot imagine what becomes of all the copies of that book I issue. I often think the public must eat them." The first edition was published in August 1889 and serialised in the popular magazine Home Chimes in the same year. The first edition remained in print from 1889 until March 1909, when the second edition was issued. During that time, 202,000 copies were sold. Jerome states in the author's introduction to the 1909 second edition, he'd been told another million copies had been sold in America by pirate printers. The book was translated into many languages. The Russian edition was particularly successful and became a standard school textbook. Jerome later complained in a letter to The Times of Russian books not written by him, published under his name in order to benefit from his success. Since its publication, Three Men in a Boat has never been out of print. It continues to be popular to the current day, with The Guardian ranking it #33 on The 100 Greatest Novels of All Time in 2003, and Esquire ranking it #2 in the 50 Funniest Books Ever in 2009.

The river trip is easy to re-create, following the detailed description, and this is sometimes done by fans of the book. Much of the route remains unchanged. For example, all the pubs and inns named are still open. A re-creation in 1993 by poet Kim Taplin and companions resulted in the travelogue Three Women in a Boat The book was also referenced in the 1956 parody novel on mountaineering, The Ascent of Rum Doodle, where the head porter Bing is said to spend "much of his leisure immersed in a Yogistani translation of Three men in a boat". In Have Space Suit—Will Travel, by Robert A. Heinlein, the main character's father is an obsessive fan of the book, and spends much of his spare time repeatedly re-reading it.

Science-fiction author Connie Willis paid tribute to Jerome's novel in her own 1997 Hugo Award-winning book To Say Nothing of the Dog. Her time-travelling protagonist also takes an ill-fated voyage on the Thames with two humans and a dog as companions, and encounters George, Harris, 'J' and Montmorency. The title of Willis' novel refers to the full title of the original book, "Three Men in a Boat - To Say Nothing of the Dog!".

Three Men on the Bummel (also known as Three Men on Wheels) is a humorous novel by Jerome K. Jerome. It was published in 1900, eleven years after his most famous work, Three Men in a Boat (To Say Nothing of the Dog).

The sequel brings back the three companions who figured in Three Men in a Boat, this time on a bicycle tour through the German Black Forest. D. C. Browning's introduction to the 1957 Everyman's edition says "Like most sequels, it has been compared unfavourably with its parent story, but it was only a little less celebrated than Three Men in a Boat and was for long used as a school book in Germany." Jeremy Nicholas of the Jerome K. Jerome Society regards it as a "comic masterpiece" containing "set pieces" as funny or funnier than those in its predecessor, but, taken as a whole, not as satisfying due to the lack of as strong a unifying thread.

The story begins by introducing George, Harris, Jerome and Montmorency, the dog. The men are spending an evening in J.'s room, smoking and discussing illnesses they fancy they suffer from. They conclude they are all suffering from 'overwork' and need a holiday. A stay in the country and a sea trip are both considered, then rejected (J. describes the bad experiences had by his brother-in-law and a friend on sea trips). Eventually, the three decide on a boating holiday, up the River Thames, from Kingston upon Thames to Oxford, during which they'll camp, not with standing Jerome's anecdotes regarding previous mishaps with tents and camping stoves.

They embark the following Saturday. George must go to work that morning ("George goes to sleep at a bank from ten to four each day, except Saturdays, when they wake him up and put him outside at two") so J. and Harris make their way to Kingston by train. They are unable to find the correct train at Waterloo Station (the station's confusing layout was a well-known theme of Victorian comedy) so they bribe a train driver to take his train to Kingston, where they collect their hired boat and start their journey. They meet George later, up-river at Weybridge.

The remainder of the story relates their river journey and the incidents that occur. The book's original purpose as a guidebook is apparent as the narrator describes the passing landmarks and villages such as Hampton Court Palace, Hampton Church, Monkey Island, Magna Carta Island and Marlow, and muses upon historical associations of these places. However, he frequently digresses into funny anecdotes that range from the unreliability of barometers for weather forecasting to the difficulties that may be encountered when learning to play the Scottish bagpipe. The most frequent topics are river pastimes such as fishing and boating and the difficulties they present to the inexperienced and unwary.

The book includes classic comedy set-pieces, such as the story of two drunken men who slide into the same bed in the dark, the plaster of paris trout in chapter 17 and the "Irish stew" in chapter 14 - made by mixing most of the leftovers in the party's food hamper:

I forget the other ingredients, but I know nothing was wasted; and I remember that, towards the end, Montmorency, who had evinced great interest in the proceedings throughout, strolled away with an earnest and thoughtful air, reappearing, a few minutes afterwards, with a dead water-rat in his mouth, which he evidently wished to present as his contribution to the dinner; whether in a sarcastic spirit, or with a genuine desire to assist, I cannot say.

Three Men in a Boat

The reception by critics varied between lukewarm and hostile. The use of slang was condemned as "vulgar" and the book was derided as written to appeal to 'Arrys and 'Arriets - then-common sneering terms for working-class Londoners who dropped their Hs when speaking. Punch magazine dubbed Jerome " 'Arry K. 'Arry". Modern commentators have praised the humour, but criticized the book's unevenness as the humorous sections are interspersed with more serious passages written in a sentimental, sometimes purple, style.

Jeremy Nicholas says that the book is "unfairly chastised as being an ineffectual afterthought" to Three Men in a Boat, and that "the set pieces (the boot shop, Harris and his wife on the tandem, Harris confronting the hose-pipe, the animal riot in the hill-top restaurant) are as polished and funny (funnier, some would say) as anything in the earlier book." His analysis is that
The trump card that Bummel lacks, and which makes Three Men in a Boat what it is, is the River Thames.... It provides the framework for Jerome's discursive narrative. He can stray from the present adventure as much as he likes... but the river holds the whole thing together and gives the book its satisfying unity. The best television situation comedies rely on this same device, a world with clearly-defined parameters. A ramble through Germany and the Black Forest does not provide that."

Three Men in a Boat

An episode of the Victorian detective show Cribb is based on the book.

The BBC made a 1962 musical adaptation for radio, starring Kenneth Horne, Leslie Phillips and Hubert Gregg.

In 2005 the comedians Griff Rhys Jones, Dara Ó Briain, and Rory McGrath embarked on a recreation of the novel for what was to become a regular yearly BBC TV series, Three Men in a Boat. After their first expedition along the Thames from Kingston upon Thames to Oxford, recreating the original novel; the trio embarked on a trip from London to the Isle of Wight in Jones's yacht where they would race her against her sister yacht. The following year Three Men in More Than One Boat saw the three borrowing, stealing and hitchhiking on numerous vessels to make their way from Plymouth to the Isles of Scilly. For their 2009 adventure the trio take to the waterways of Ireland, making their way from Dublin to Limerick with Dara's Greyhound Snip Nua and for 2010 it's Three Men Go To Scotland. 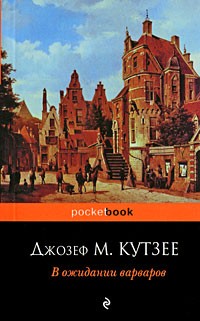 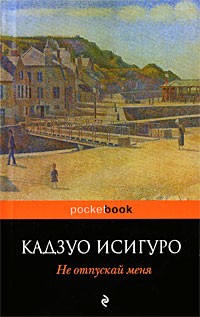 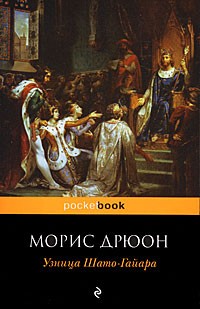 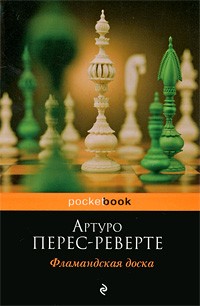 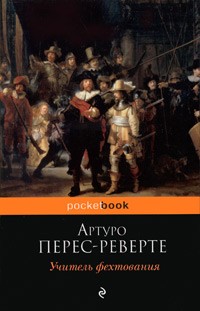 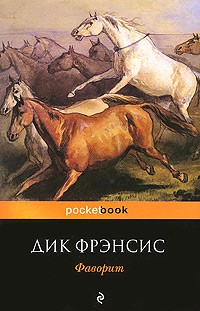 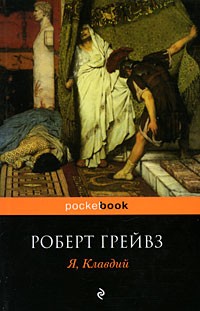 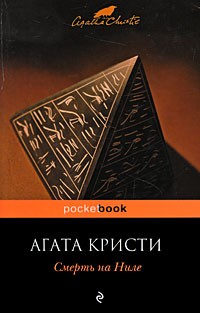 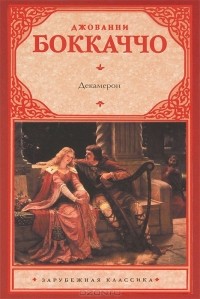 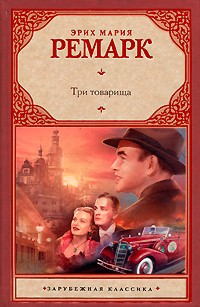 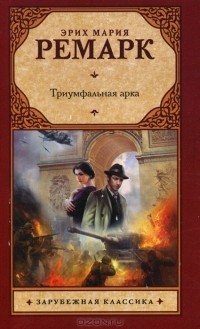 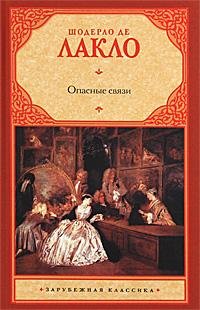 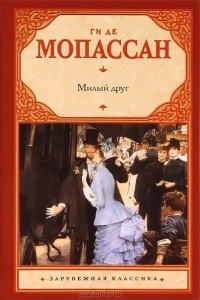 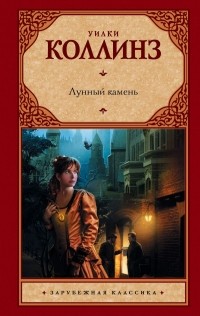 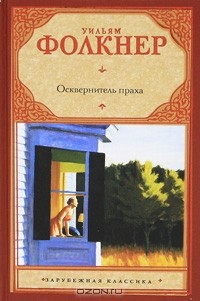 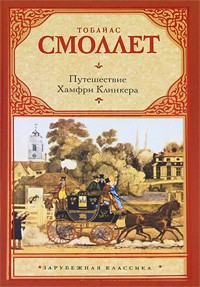