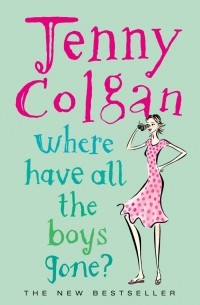 Where Have All the Boys Gone?

2 прочитали 4 планируют
0
Издания и произведения
From 'New York Times' best-selling author Jenny Colgan comes this hilarious romance about a woman who trades in the comforts of city life in hopes of finding love in a small Scottish town in the middle of nowhere.

Faced with the harsh reality that there are 25,000 more women than men in London, Katie's dating prospects are at an all-time low. While she's glad it's not a man's world anymore, it wouldn't hurt if there were more eligible bachelors.

More likely to get murdered than married, according to gleeful media reports, Katie resigns herself to the fact that there's no sex in the city for her and decides to head for the hills - or…
Развернуть
>